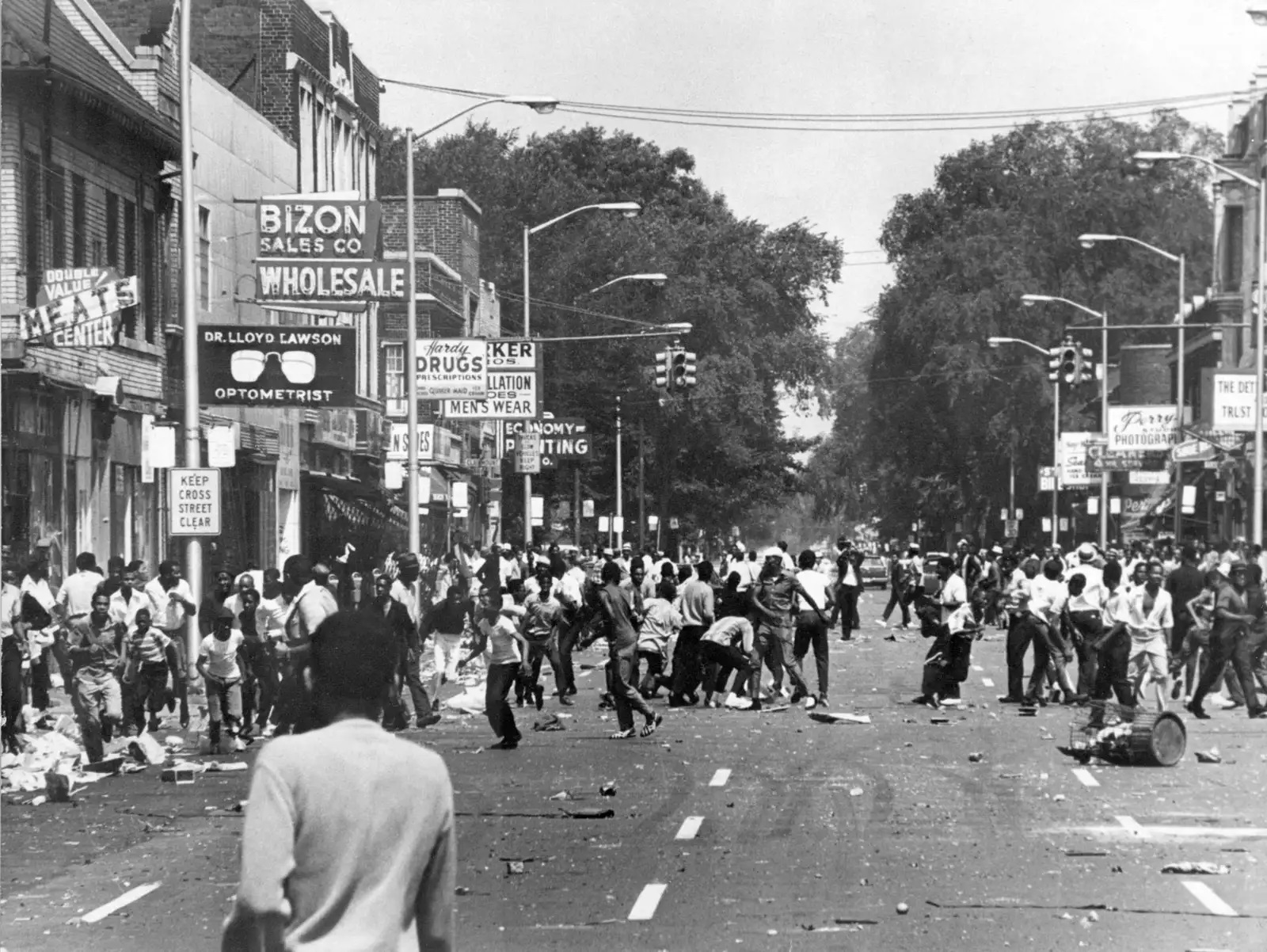 Six years before Roe v. Wade’s passing, America experienced the long hot summer of 1967. A total of 159 “race riots” erupted across the United States: in Atlanta, Boston, Cincinnati, Buffalo, Tampa, Newark, Detroit, Birmingham, Chicago, New York City, Milwaukee, Minneapolis, New Britain, Rochester, Plainfield, and Toledo. In Minneapolis, a series of abuses triggered days of unrest. The frustrations of many thousands about the social conditions, systemic racism and civil rights they faced were the source of these uprisings.

Over 50 years later, we knew that the pendulum had swung after decades of progress. In the summer of 2020, Minneapolis became the epicenter of a national uprising confronting early death and systemic racial terror still faced by Black people in this country. These are far from isolated moments in history, which always repeats itself. Within this context, we can make sense of the fact that our radical and often-effective efforts to transform the conditions in which our people are living have brought us to this breaking point.

And still, the events of the past couple of months have been devastating. After the massacre of 10 Black people in Buffalo, city native Phylicia Brown, Executive Director of Black Love Resists in the Rust, knocked on doors on the East Side of the city to check in on residents and make appropriate referrals. Many were afraid to come outside. As she explains, the repercussions of the violence on the community will be immeasurable, as people are grieving not just the lives lost but 30 years of divestment, racism and neglect in Buffalo. 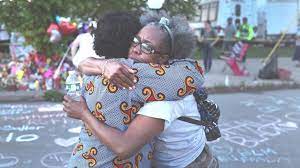 Other cities have seen a new crop of organizers rise up. In Uvalde Texas, following funeral processions for the 21 victims, a group called Fierce Madres came together to demand that city officials give answers to this predominantly Mexican-American community because there had been none. In Miami, youth working with Power U spoke out about the rampant gun violence in their communities—up 8% from last year.

As leaders, we know that hopelessness is not an option. We can reflect on the struggle of generations before us and those working in adjacent movements to gain fortitude and focus. And we can turn to our principles:

We educate ourselves in history, theory and praxis, for the sake of unleashing our collective Black brilliance in grounded work.

We choose to be responsive for our actions and to each other. We practice responsibly requesting and offering accountability in service to Black Mastery.

We choose to heal, addressing old and new pain and trauma courageously and consistently. We support each other to reclaim our lives and our inherent wholeness.

In support of each of you, BOLD remains committed to building a coordinated Black left.

I Had an Abortion and It Saved My Life, tells Cazembe Murphy

BOLDers are reckoning with the unimaginable costs of Dobbs v. Jackson Women’s Health Organization, which is already impacting the most vulnerable. In the nation’s capital, over 200 pro-abortion activists, including Women’s March Managing Director Tamika Middleton, were arrested for their resistance.

In 13 states— Arkansas, Idaho, Kentucky, Louisiana, Mississippi, Missouri, North Dakota, Oklahoma, South Dakota, Tennessee, Texas, Utah, and Wyoming—there are trigger bans on abortion that are likely to go into effect. Another 13 states are expected to enact restrictive laws in the future. The decision has us precariously poised, waiting for the next hit.

There are so many stories that have been, and will continue to be, left out of the narrative: the young person who will not learn the medical aspects of an abortion may also engage in self-harm, the willing parents who will be turned away from the essential, culturally competent, affordable health care, the lupus patient who uses hormone replacement drugs as a therapy, or the trans man who faces discrimination when choosing to terminate their pregnancy.

Our leaders will continue, relentlessly, to tell these stories–and to bare their truths.

As Cazembe Murphy writes in Esquire, Justice Clarence Thomas represented long-seated views and threats when he went further than the decision’s letter to urge that the court to, “reconsider rulings that protect contraception, same-sex relationships, and same-sex marriage.” Murphy writes:

“All of [this] would be a direct attack on me, my community, and the very freedoms the government otherwise claims I have.”

Ultimately, the attack on bodily autonomy is not just a civil rights battle. We recognize that it is an attack on our lives. It has exposed for more Americans what our communities have long known: we share deep vulnerabilities as Black, brown, indigenous, trans, queer, rural, urban, young and resource-poor people in access to health care and the protection of our basic human rights. The windfall from the ruling will also inevitably plunge families into poverty, criminalize and silence activists and expand the destructive reach of the carceral state.

A less visible impact will be the growing threats to mental health as folks contend with the most personal decision a human can make and the painful loss of their moral and physical autonomy.

But as we continue to organize, we will gain clarity on what is at stake and on the need to care for each-other deeply during these fraught times.

Here are some resources that may be useful as we uplift those who are in need of support.

Weathering the Weather: Directors and Leads 2022

In a feat of Black Magic, BOLD returned to in person training in May 2022, launching the ongoing cohort of Directors and Leads at theFranklinton Center at Bricks in North Carolina.

This first fully outdoor convening came with logistical dilemmas, daily COVID testing and the necessity to put extra provisions and precautions in place. The continued presence of the global pandemic and our world has found us in an embrace of our BOLD principles. In a sense, it has driven innovation.

The uncertainties are also bringing us to terms with our constant condition: a readiness to be nimble and adaptable. We are reminded of the need to stay present, of our boundaries, and of our rootedness in our practices.

What’s On Our Nightstand 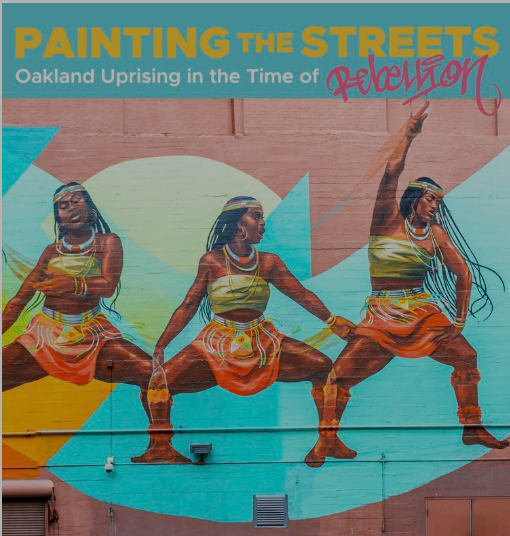 Painting The Streets Oakland Uprising in the Time of Rebellion features a selection of Oakland murals that emerged in tandem with the inter/national protests against the police brutality/murder of Black people and systemic-institutional racism in the US. The book, on Nomadic Press, includes an intro by Alicia Garza and essays by Robin D. G. Kelley, Cat Brooks, Greg Morozumi, Leslie Lopez, Mizan Alkebulan-Abakah, MPH & Sizwe Andrews-Abakah of Spearitwurx, and Black Cultural Zone’s Art for the Movement Team: Carolyn Johnson, Mizan Alkebulan-Abakah, MPH, and Randolph Belle.

Aftershock is a new film that traces the struggles of two widowed fathers whose families become ardent activists in the maternal health space. After the death of their partners due to a lack of proper medical care, they become part of a growing brotherhood of surviving Black fathers, working alongside midwives and physicians to restore safe, dignified births and maternal health to Black communities. The film will be streaming on Neon.

The Pleasure Issue of Yes Magazine, in case you haven’t read it, features content by Aja Taylor – who writes about Black sexual pleasure, play and boundaries. It was guest edited by adrienne marie brown who wrote an intro article.

What If We Owned It, an essay in the NonProfit Quarterly explores the story of Black co-ops and alternative economics in the United States; it is “one of violence and persecution—but it is also a story of hope and determination.” The author traces the organizing strategies used by the earliest food security advocates – food coops – in places like North Carolina to modern-day efforts to empower workers and communities of color in that sphere.