Our Black Futures Are a Mirror

Earlier this year at the BOLD National Gathering, we discussed parallel movements and grassroots uprisings around the world–including in Haiti. In that context, we talked about our shared need for collective protection, security, mutual aid, and self-governance.

Despite its problems, we had no way of predicting that Haiti would find itself plunged into the unimaginable crisis that it faces now. Following the assassination of the former President, Jovenal Moises, there has been a two-time change of leadership. Armed control of the country’s ports has led to food insecurity of historic proportions, with up to 4.4 million people without access to food. It has created unprecedented levels of insecurity and migration, with as many as 18,000 people displaced. And while all eyes are looking ahead to a free and fair election, it seems highly unlikely that one will be held before the end of this year. 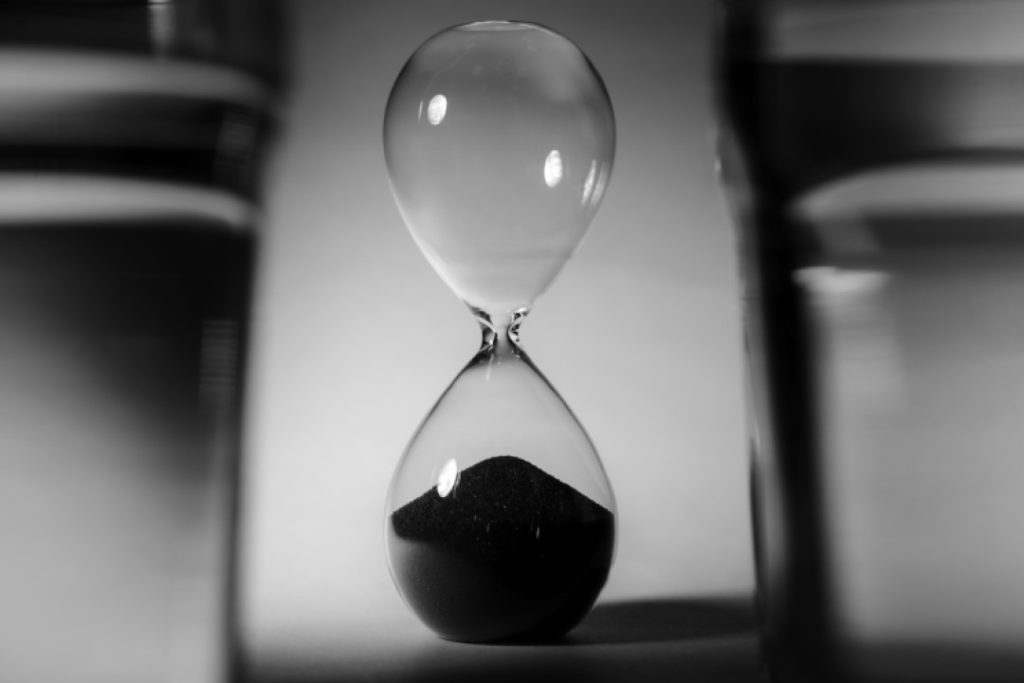 This entire saga is a cautionary tale highlighting why good, inclusive governance, responsive leadership and accountability matters so much. Even if we suspend judgment on everything else, there’s no reason why the death of a president should catapult a country toward disaster. That’s where the line of succession kicks in: where Haiti’s Constitution (or whatever mechanism detailing succession) is applied. But the fact that the process has not been dictated by the customary rules of constitutional succession has created questions of legitimacy and a dangerous battle for power.

By dissolving parliament, not holding parliamentary elections, and failing to replace the deceased Chief Justice of the Supreme Judicial Court who would’ve served as interim president of the country in the situation Haiti faces now, the Moise administration has undermined judicial power and Haiti’s entire political infrastructure. It’s a sad state of affairs. Moise came into power amidst chaos and left the country in chaos.  But his failure to serve as an adequate leader must be examined alongside the longstanding pattern of foreign intervention in Haiti’s domestic affairs and its dismal results.

The Haitian people and their movements have made clear again and again; they want NO FOREIGN INTERFERENCE. It’s no revelation that foreign powers protect foreign interests – not the needs and interests of everyday Haitians.

They are the ones who are being forced to flee Haiti by planes, boats, and trucks in search of something incrementally better. The ones who cannot leave. The farmers, laborers, drivers, seamstresses, market women, students, teachers who form the backbone of the country’s social movements – and who cannot keep up with inflation, or live “lavi a che.” They are ones who find moments of joy and respite amidst the relentless daily struggle. The road may be messy, but Haiti must work through this on its own.

Civil society continues to offer alternatives that center Haiti’s unconditional sovereignty on all fronts. In many instances, local leaders were already filling the gap left by government neglect – providing people with basic services and accompaniment. Haiti’s crisis and the impending democratic changes could be a pivotal moment for the grassroots, which has been building the people’s power through consistent organizing and political education.

If we imagine our Black Futures as a mirror, we know that the coming months will be critical – not only for Haiti but for Black people around the world. We stand in solidarity with our Haitian family who have always stood firm in their bold, unapologetic Blackness, despite the cost. It’s imperative that we not only offer support to Haiti, but that we use our voices to uplift a process led by and for its people.

Haiti’s majority has flexed their power three times over the last 217 years: to liberate themselves from the shackles of slavery and transform for self-determination and freedom for Black people in the “new world”; to rid themselves of a U.S. occupation; and, to end a brutal 30-year, dynastic dictatorship. Perhaps the majority will take this opportunity to flex their power again: to reset their Black Future to Thrive.

Last February, we gathered in the midst of some of the most difficult weeks of the pandemic so far. From our little boxes on our computer screens, MawuLisa and Adaku Utah connected us in a practice of remembrance.

We got our water. We prepared our hearts.

The source of life that transmits across time /

That moves through us, through the earth /

That connects, nourishes, sustains us, cleanses us /

The water in our salt water, tears.

The water helped us to center ourselves in that which is essential. It also helped us to remember the elements and the memories, beyond our sense, that we needed to call into the room before we began.

We were also reminded of the ancestral connections that dwell in our blood, the ones that cannot be erased by time or distance.

What are your practices of ancestral remembrances? How do you gather them and walk with them? Do you do it alone? Do you gather? We invite you to share it with us, and we’ll share it in the next newsletter.

This is Essential Work Too

In 2020 and 2021, we learned new meanings of caregiving and essential work. Faced with school closures, supermarket shortages, and quarantined nursing homes, we adjusted. Parents and caregivers reckoned with the full labor of nurturing the growth and well-being of their children. Teachers pivoted to deliver content to students over-taxed and isolated at home. Black doctors and frontline workers discovered new forms of racism on the job, while at home confronting the health risks they posed to their own families. And as organizers, we took on many roles. We responded to these crises with strategy and compassion, and by sharing our personal narratives.

We lift up all of this labor and essential work, seen and unseen. Below, we share three important conversations that have changed or reinforced our understanding of essential work, and our own efforts.

Through the Night - Centering the Voices of Caregivers

On May 13, 2021, BOLD hosted Through the Night: Where’s the Safety Net? – a post-screening discussion of Through the Night. The film, directed by documentary filmmaker Loira Limbal and broadcast on PBS throughout the month of May, is a monumental work of cultural organizing that gives a platform to child care providers, who are predominantly women of color. The film tells the story of a 24-hour child care provider, Delores “Nunu,” her husband Patrick, and the working mothers who struggle to afford child care for their children and for whom Nunu’s day care center is a haven.

“One voice will not get anything done.” 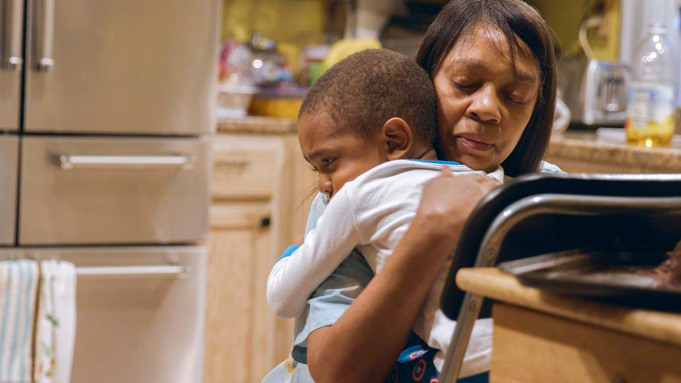 Equity and Power in Durham Schools

In Durham, North Carolina – a state with one of the lowest rates of union membership in the country – our comrades saw a breakthrough victory. On February 3, all public school workers (including persons providing custodial and other support) began receiving a minimum wage of $15 per hour. While leaders have been fighting racist, anti-union laws that suppress labor across the South for years, Durham for All’s “Raise Up/Fight for $15 and a Union” campaign contributed to a milestone win. Durham for All (D4A) is building a new majority 10,000 people strong to elect local officials and hold them accountable to a vision for equity in Durham.

“We want to be able to make interventions in that whenever possible; and we understand that we want power.”

Informal workers have gained momentum in Chicago with the collaboration of Equity And Transformation (EAT) and its allies and partners. In May, in a 50 to 3 vote, state senators passed a bill that attempts to fix Illinois’ recreational cannabis law to bring in more diversity to the cannabis industry; and the Governor announced he would sign the legislation. Previously in January, EAT partnered with the UIC Center for Urban Economic Development to release “Survival Economics: Black Informality in Chicago.”

"Long before the coronavirus outbreak shuttered businesses and locked down much of the US economy, and before the vulnerabilities within the economic system were laid bare by the pandemic, countless Chicagoans were living on the edge." 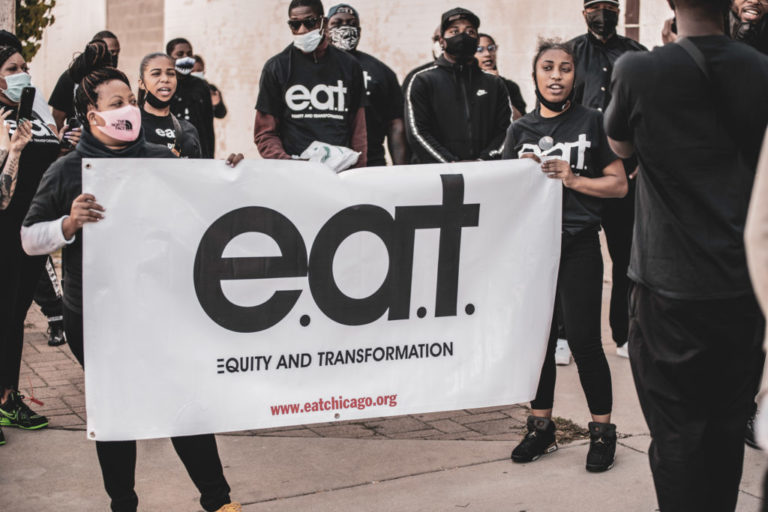