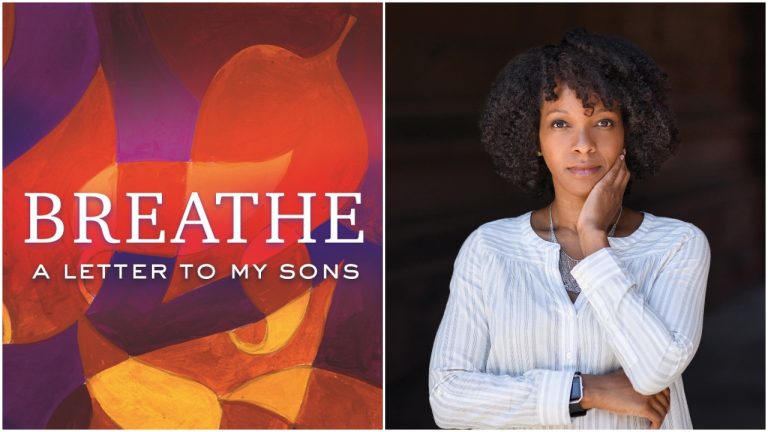 [BOOK REVIEW] BREATHE: A LETTER TO MY SONS

As long as Blackness remains under psychic assault due to a heritage of racism in the United States, confronting fear will be critical to Black liberation. In her new book, Breathe: A Letter to My Sons, Princeton University scholar Imani Perry breathes new life into the courageous truth-telling work that confronts mythologies of race, racial terror, and Black masculinity. In a lyrical memoir echoing James Baldwin and Ta-Nehesi Coates, she reconciles the fear and vulnerability of raising Black sons whose bodies are viewed as a perennial threat with the charge to heal ourselves from historical trauma. She reminds us that the work of healing is part of liberation, and that there are no shortcuts to claiming the power of our own painful stories.

Also the author of a book on Lorraine Hansberry, Perry expands on Baldwin and Coates by communicating the urgency of giving public voice to the terror of Black mothers who are physically outside of the violence waged against Black men and yet on the frontlines of uplifting and shielding them. Perry pushes the boundaries of this familiar narrative by giving poetic license to Black women engaged in truth-telling. Turn your cries into songs, liberation chants, and self-portraits as courageous as Emmet Till’s open casket, she urges. By centering the critical role of Black mothers as protectors and witnessing their need for healing, she is hollowing space for all Black women — not just those who are rearing children, who are poor, who are straight, who are urban-dwelling, or who are mourning — to release trauma and channel it into leadership.

“Proselytize this: calling all Black people from the ocean floor, the grand earth, the digested fecal matter turned over to murderous guards, the tended graves, the unmarked, the unnamed, the stolen, the thieves. You need a practice of reconstitution, of filling up your font. Of cleansing the stench of humiliation, to face it another day without being defeated.”

Imani Perry, born of a graduate of Exeter and Harvard, the song of a prizefighter and cook and a Louisianan, was raised in upstate New York. Her father separated from her mother before she was born and she was raised by a Jewish communist father. Now, as the Hughes-Rogers Professor of African American Studies and faculty associate in the Program in Law and Public Affairs and Gender and Sexuality Studies at Princeton, Perry has written and taught on a number of topics regarding race and African American culture.